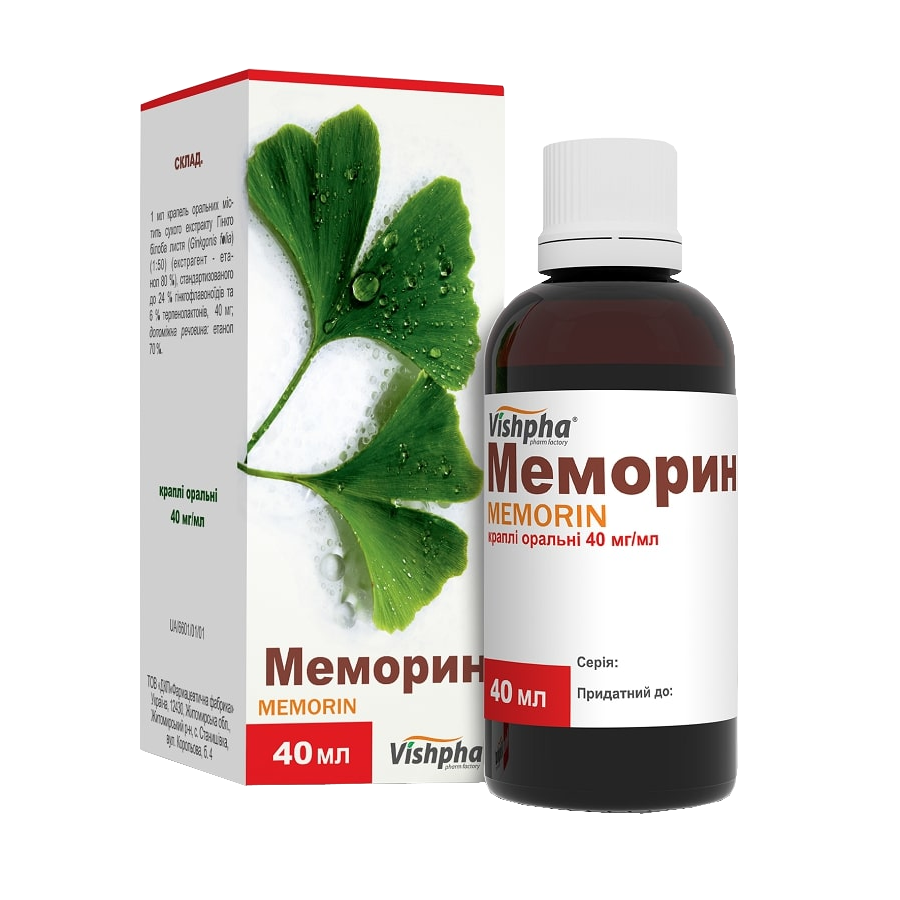 Where can I buy Drug site
Description
Instructions

Memorin is reliable protection of the brain and blood vessels

Memory is the only paradise from which we cannot be driven.

A man of today needs memory and focused attention as never before: there is so much information around and nothing should be missed. However, brain aging process start, when we reach 20 years. People early begin to suffer from certain problems, such as forgetting one thing after another or inability to focus on important things. What will help not only preserve, but even improve mental abilities?

MEMORIN is a herbal medicinal product in the form of drops based on a standardized Ginkgo biloba extract/ It is designed for the treatment and prevention of central and peripheral circulation disorders.

Quantitative and qualitative studies of ginkgo-containing drugs were conducted in the United States in the 90s of the twentieth century.

This was done in order to find the ratio of ginkgo flavone glycosides and terpene lactones giving the maximum therapeutic effect.

It was found that the standardized Ginkgo extract should contain 22-27% of flavone glycosides and 5-7% of terpene lactones. Memorin meets the requirements.

The drug is taken:

Used in patients older than 18 years

Where can I buy Drug site Instructions